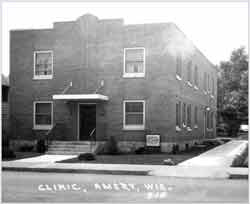 In the early days, eye care in Amery was handled by the physicians. When reading glasses were needed, a person would go to the local drug store and try on pairs until finding something that worked. Prior to Dr. Jack Larsen’s arrival in 1949, refractions were done by Dr. K.K. Ford at the Amery Clinic and by Dr. Herbert Dasler at the Cornwall Clinic. 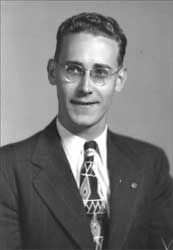 Dr. Jack Larsen was born and raised in Chicago. He graduated from Northern Illinois College of Optometry, Chicago, in 1948, following military service in the US Army in Africa, Italy, and Sicily during World War II. He came to Amery to visit a relative, Rolf Marck (the Amery Florist), and liked the community so well that he decided to set up his practice here. 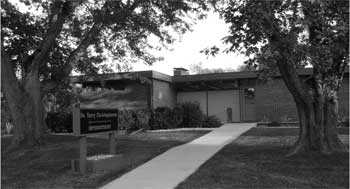 Dr. Larsen joined Drs. Ford and M.G. Marra and dentist V.H. Knerr in the Amery Clinic in 1949 and practiced there until 1976, when he moved his office to 119 Arlington Drive, Amery. In 1976 Dr. Terry Christopherson (his son-in-law) became his associate upon Terry’s graduation from Illinois College of Optometry in Chicago, where he was a member of the honor fraternity. 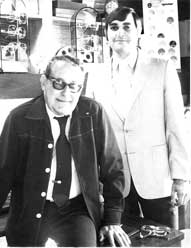 Dr. Larsen retired in 1979 and died in 1984. He is remembered for his community service as a past president of the Amery Community Club, a charter member of the Amery Lions Club, an Amery Ambassador, VFW & American Legion member, board member of the Apple River Hospital and Northwest Federal Savings. He was also a board member of the Norwegian-American Museum in Decorah, Iowa, a member of Sons of Norway, the Norske Torske Klubben in St. Paul, the Indianhead Optometric Society, the Wisconsin Optometric Association, and the American Optometric Association.

Dr. Terry L. Christopherson was born in Grantsburg, graduated from Amery High School, completed his undergraduate work at UW-Eau Claire, and received his Doctorate in Optometry from the Illinois College of Optometry in Chicago. He served four years on the Wisconsin Optometric Association Board of Directors, and on the boards of the Amery Industrial Development Corporation, the Amery Foundation, and the Amery Fall Festival. Dr. Terry Christoherson is a past president of the Amery Community Club and the Amery Jaycees, a charter member of the Amery Lions Club, and an Amery Ambassador. He is also proud to have coached hockey for ten years and is a Boy Scout Merit Badge Counselor. 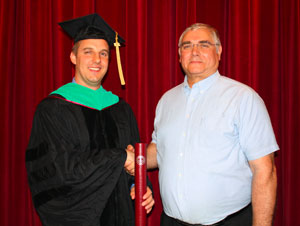 On August 1, 2011, Dr. Christopherson relocated his office to 341 Keller Avenue North, Amery (formerly the Dental Arts building), and he was joined in practice by his son, Dr. Bryce A. Christopherson. After graduating in 2011 with clinical honors from Boston’s New England College of Optometry, Dr. Bryce became a third generation optometrist in this practice founded by his grandfather, Dr. Larsen.

Dr. Bryce was born in Amery and is a graduate of Amery High School. He graduated from the University of Minnesota-Twin Cities with a business degree before starting optometry school.

View all posts by: admin

“The BEST eye doctor in the area. I travel for miles to see him and have always had excellent service. Personable, caring, and patient. Excellent eye care. Thanks!”

“I was so happy with the overall service! The THOROUGHNESS of the exam was very impressive. I have and will continue to recommend this eye clinic to others.”

“I have my eyesight because of Dr. Christopherson’s QUICKNESS OF DIAGNOSIS…also, our son had a detached retina this spring and they came in on a Saturday night to test his eyes and to get my son to the right place to have his surgery. My son is only 23 years old so it is a very RARE THING AND THEY CAUGHT IT. Our family cannot say enough good things about the Christopherson Eye Clinic.“